A Funny Business…humour in the workplace. 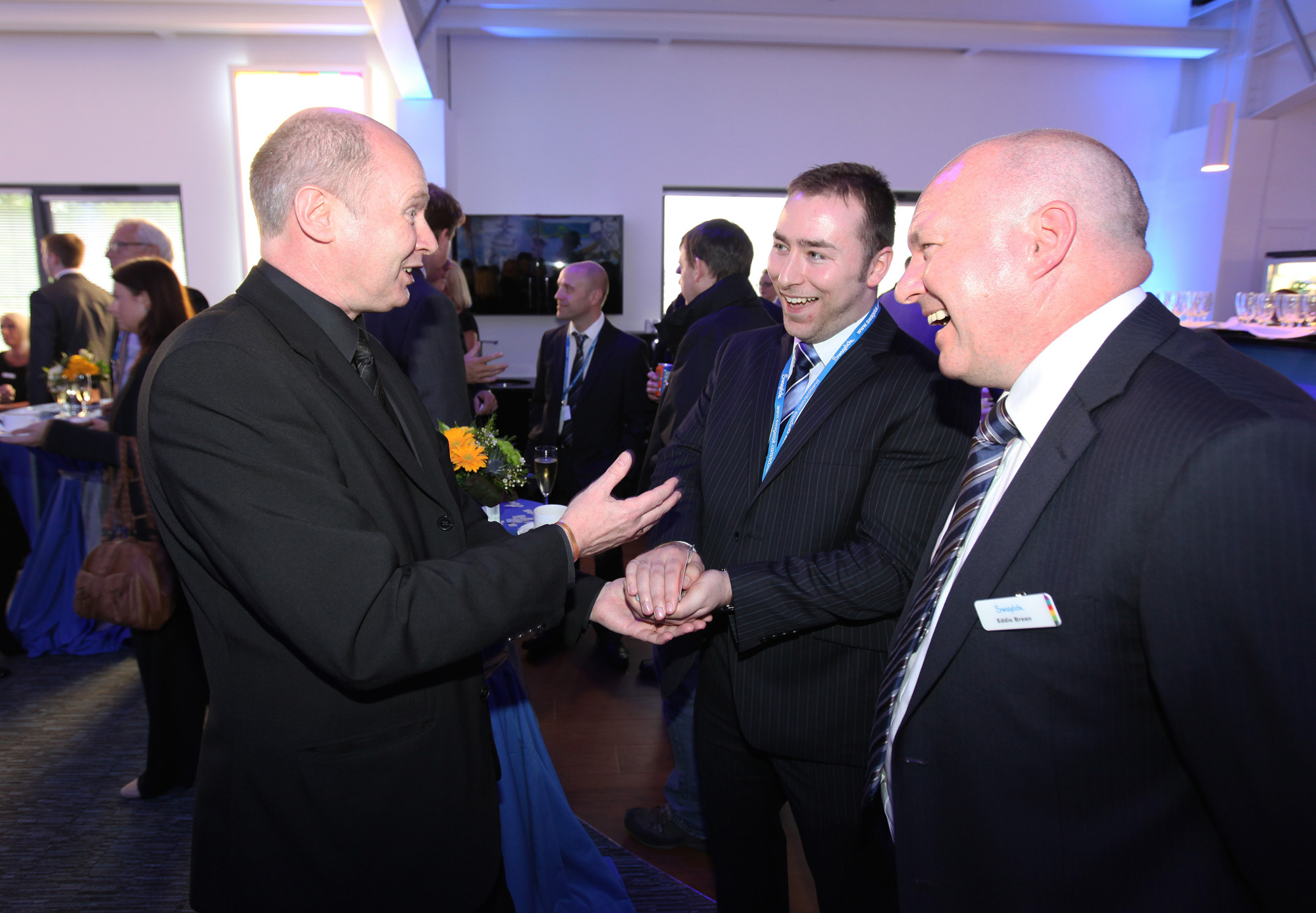 Have you heard the one about the unhappy worker who was too stressed to come into work? It may sound like the beginning of a bad joke, but the punchline is certainly no laughing matter – figures from the Health and Safety Executive suggest that around 13 million working days are lost each year due to work-related stress alone.

That’s why businesses could do worse than remember the old maxim ‘laughter is the best medicine’.

Some people may think that because others have a laugh at work that it means they aren’t working effectively and are slacking off. However, this attitude doesn’t take the bigger picture into consideration when it comes to the positive effects humour can have in the workplace.
Since we started in business, over 15 years ago now, we have been using humour and magic to help communicate key messages about teamwork, leadership and health & safety in presentations and workshops in businesses and organisations of all shapes and sizes, and they have been exposed first-hand to the influence it can have in transforming the workplace.

Humour is also a terrific means for inspiring creativity.

Humour is a vital part of any productive environment. It is a fantastic stress reliever and a medium for catharsis, allowing people to let off steam. It is also a powerful communicative tool, and is useful for building morale and trust between colleagues. It also eases tension, and if people are relaxed, they are more likely to enjoy their job and be motivated as a result.

Humour is also a terrific means for inspiring creativity. The ability to find humour in a situation demonstrates that a person can think on their feet, and often this will also rouse the imaginations of others around them. Creativity is inventing, experimenting, growing, taking risks, breaking the rules, making mistakes and having fun. These are the creative things that can help a business be more successful and grow.

Not everyone shares the same sense of humour, but so long as a sensible approach is followed, a business can reap the benefits. Just steer clear of topics that have the potential to cause offence. Keep the humour light – sarcasm and put-downs can often be misconstrued even if meant in a playful way.

Practical jokes aren’t often funny either because they are based on embarrassment and humiliation. Even though they may not be intentionally cruel, they can easily backfire so should be avoided. There is still plenty to laugh about in the workplace – it’s just a case of finding the humour in different situations.

Encouraging a culture of humour in the workplace is also often a fine line for bosses who want to strike a balance between being approachable and being respected, but that doesn’t mean that they should miss out on the potential gains either.

Managers should be able to take a joke and laugh at themselves too – it makes them seem more human, which is fantastic for building up a rapport with staff. They need to resist the temptation to try to be an ‘entertainer’ first and a boss second however.

David Brent-esque antics or ‘wacky’ ties are definitely not the way to inject a little comedy into the office. Humour and laughter should be organic and spontaneous rather than forced. They should be encouraged, rather than foisted upon staff.

In order for humour to survive and flourish in the workplace, there has to be a sense of safety and acceptance. It’s got to be OK to say what’s on your mind; okay to say things that fly in the face of the status quo; okay to question the dogma and to challenge the rules. And it’s not about authority, it’s about creating and contributing and therefore making a difference.

The message managers should take to heart is that humour should be encouraged and celebrated in the workplace. Promoting a culture of humour can go a long way towards connecting people in the workplace, and reducing the negative impact work can have on an individual’s health and well-being.