Tales from the Fifth Dimension

If there’s one thing the pandemic has done, it’s given me plenty of time to reflect and look back on my career in magic with Fifth Dimension. We’ve had many varied and fun adventures through magic over the years (with many more to come, I hope) and I thought some of our tales may be of interest.

I plan to give you a flavour of some of our escapades over the years in a series of articles. They are a random mix of stories about places we’ve been, people we’ve met, things we’ve done, and they’re not in any chronological order – just recollections as they’ve come to me. 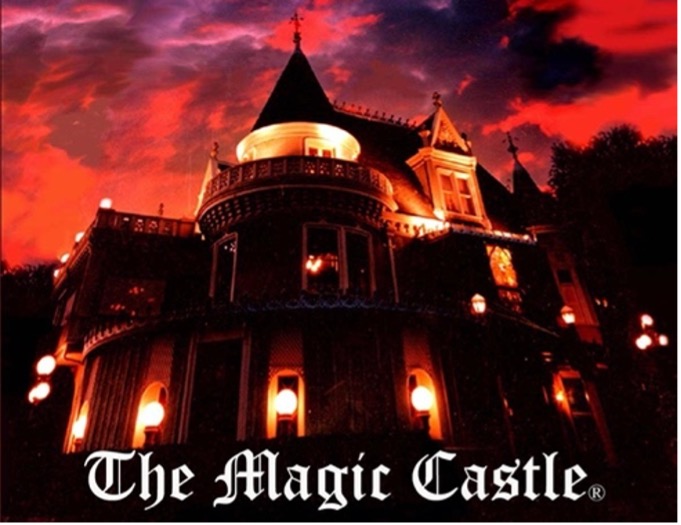 It was Paul Wilson (a brilliant magician, world renowned expert on cheating & con games and writer and presenter of The Real Hustle) who approached us in 2011 and said that he was putting together a Scottish week at the Magic Castle in Hollywood in 2012. “Would you be interested in being one of the acts?” he asked.

Being asked to perform at the Magic Castle is not something that happens to you every day, so after we picked ourselves up, I must admit that it was a bit of a no-brainer and – of course – we said yes. We were booked to do three stage shows per night in the Palace of Mystery theatre for seven nights – a 15-minute spot in each show.

And so it was that we headed off to Los Angeles on the 3rd of February 2012. There were many highlights of that trip – some of them non magic related.

We found out that One Direction was travelling to LA on the same plane as us. This was the group’s first trip to America (doing a tour of radio stations) and when we landed, we found ourselves next to them waiting for our bags to arrive on the conveyor belt.

They were nice lads who were happy to chat – but we weren’t allowed to take any photos. As it happened, our and their bags were the last to come off the belt and we headed for the exit, leaving them with their entourage. 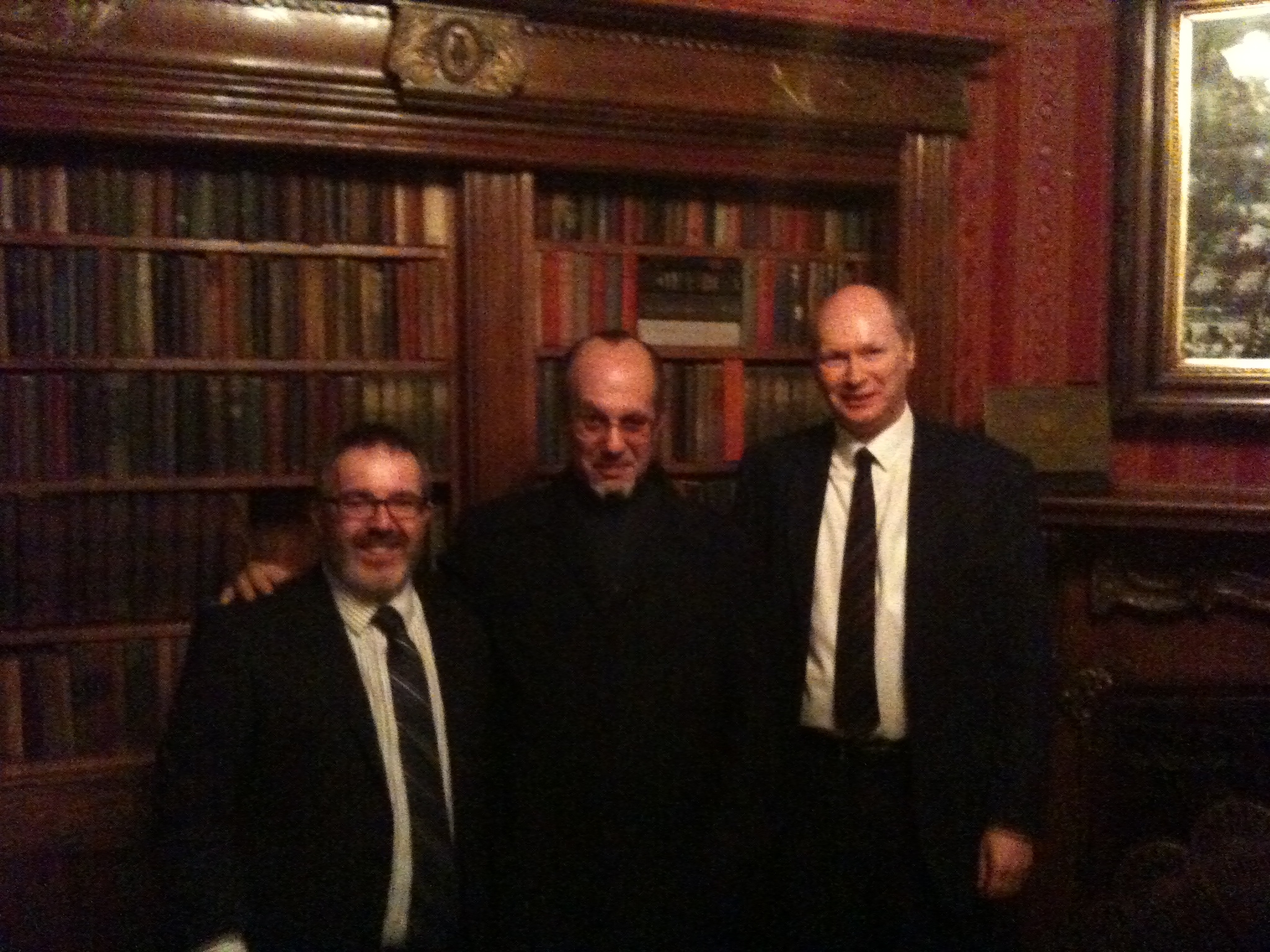 What we didn’t know was that their fans were waiting for them outside: thousands of them lining the exit ways, hanging over barriers at different levels in the airport.

As we entered the first part of the corridor, we were the only passengers in sight. Some of the fans shouted at us asking if we were with the band. We said no, but they were not far behind us. Well – this set them off and the screaming started, and we quickly realised that if we kept saying they’re just behind us as we went out of the airport, we could keep the screaming going.

And that is how Jeff and I entered Los Angeles to the sound of thousands of screaming girls. It was unreal. I suppose we could say that for one night only we were One Direction’s warm up act. 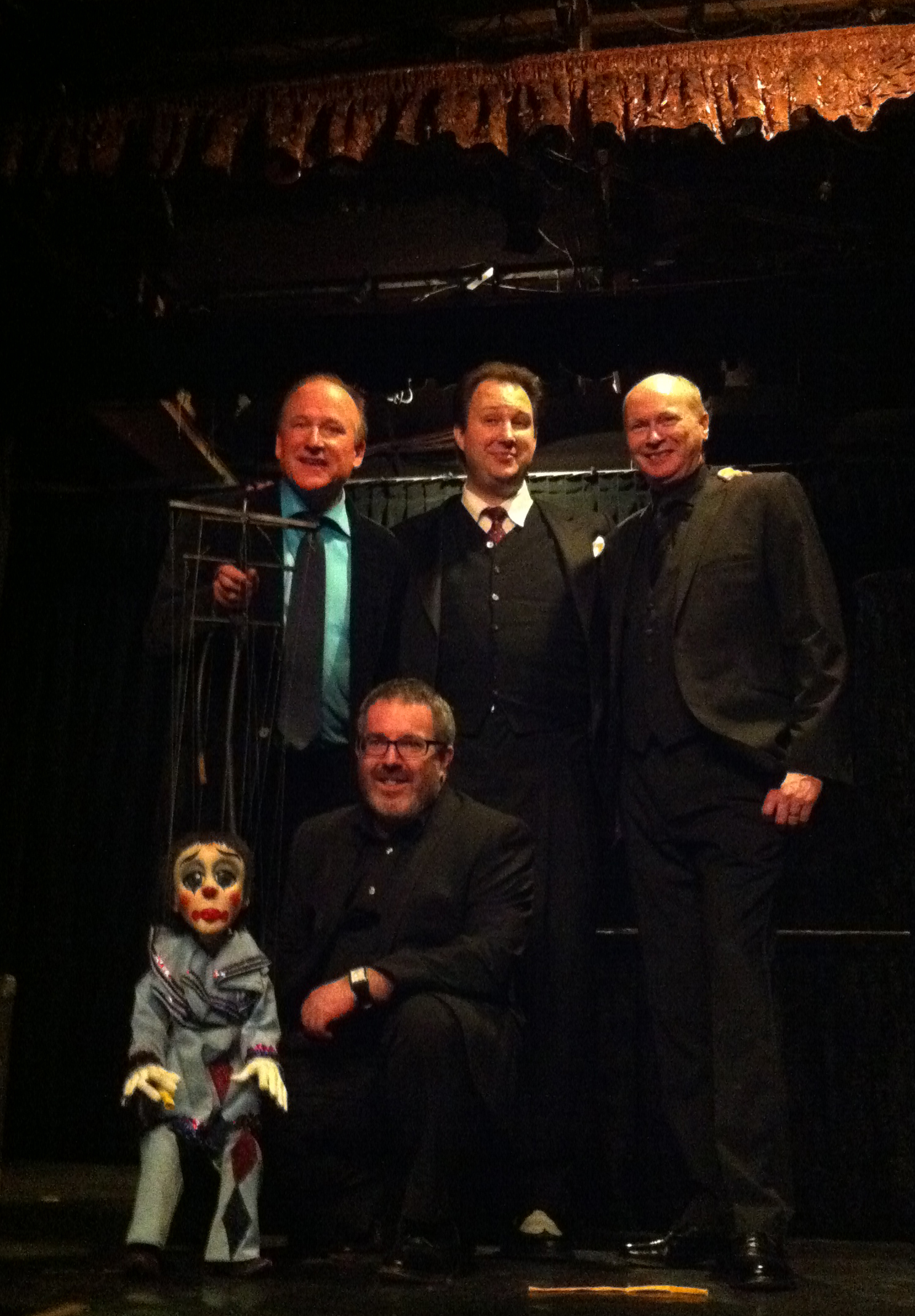 We also found out that although it was billed a Scottish week, the bill wasn’t all Scottish performers. In fact, we were the only Scottish act performing in the Palace of Mystery.

Our fellow performers were Tom Ogden, who was compering and doing a spot, and Scott Land, the lead puppeteer on Team America: World Police. Some of you will have met Scott when he later came over to Aberdeen and did some shows at The Drummond Varieties and visited us at the AMS.

By this time, we were beginning to get a bit of a complex and wondered if we were some sort of jinx, but luckily Dave survived the One Night Hoodoo™ and performed for the rest of the week.

Other Scottish performers who were there that week performing in the Close-up Gallery or the Parlour of Prestidigitation included Paul Wilson, Gary Middleton and Dave Forrest.

The Palace is a lovely little theatre (only 150 seats) and the audiences are great. They are all magic lovers and there to have a good time. Throughout the week there were many famous magical faces in the audience and many of them came backstage after the show to hang out and chat. 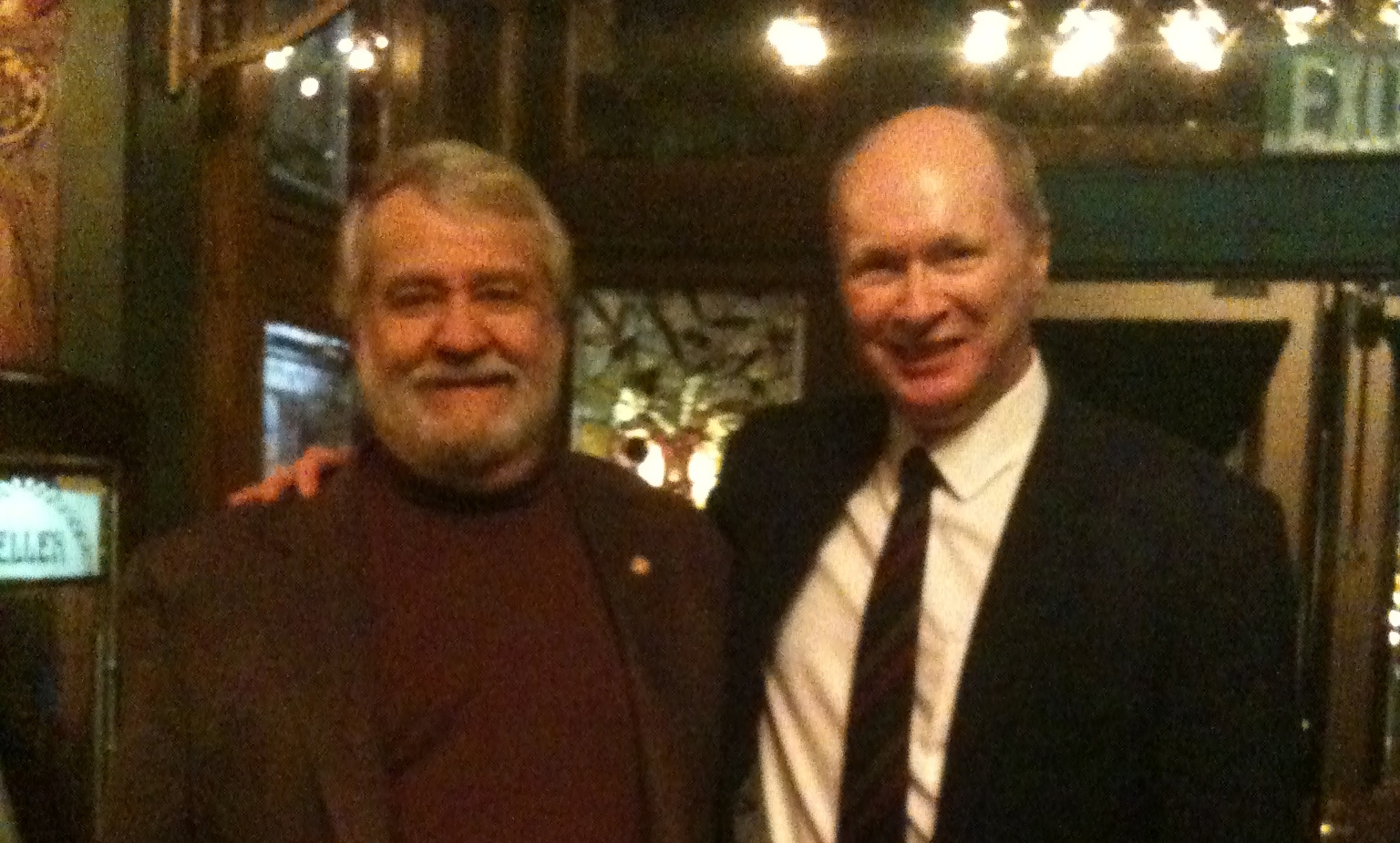 However, one of the people I enjoyed meeting the most is probably not that well known, unless you’re in the know. His name is Tony Asher. He’s an amateur magician but is best known for being a lyricist and working with the Beach Boys.

It was Tony that, with Brian Wilson, wrote most of the songs on their famous Pet Sounds album. Another down-to-earth guy with a fascinating past and great stories.

Of course, as we were only working in the evenings, we were also able to get quite a bit of sightseeing done and took full advantage of the many tourist attractions in and around LA. 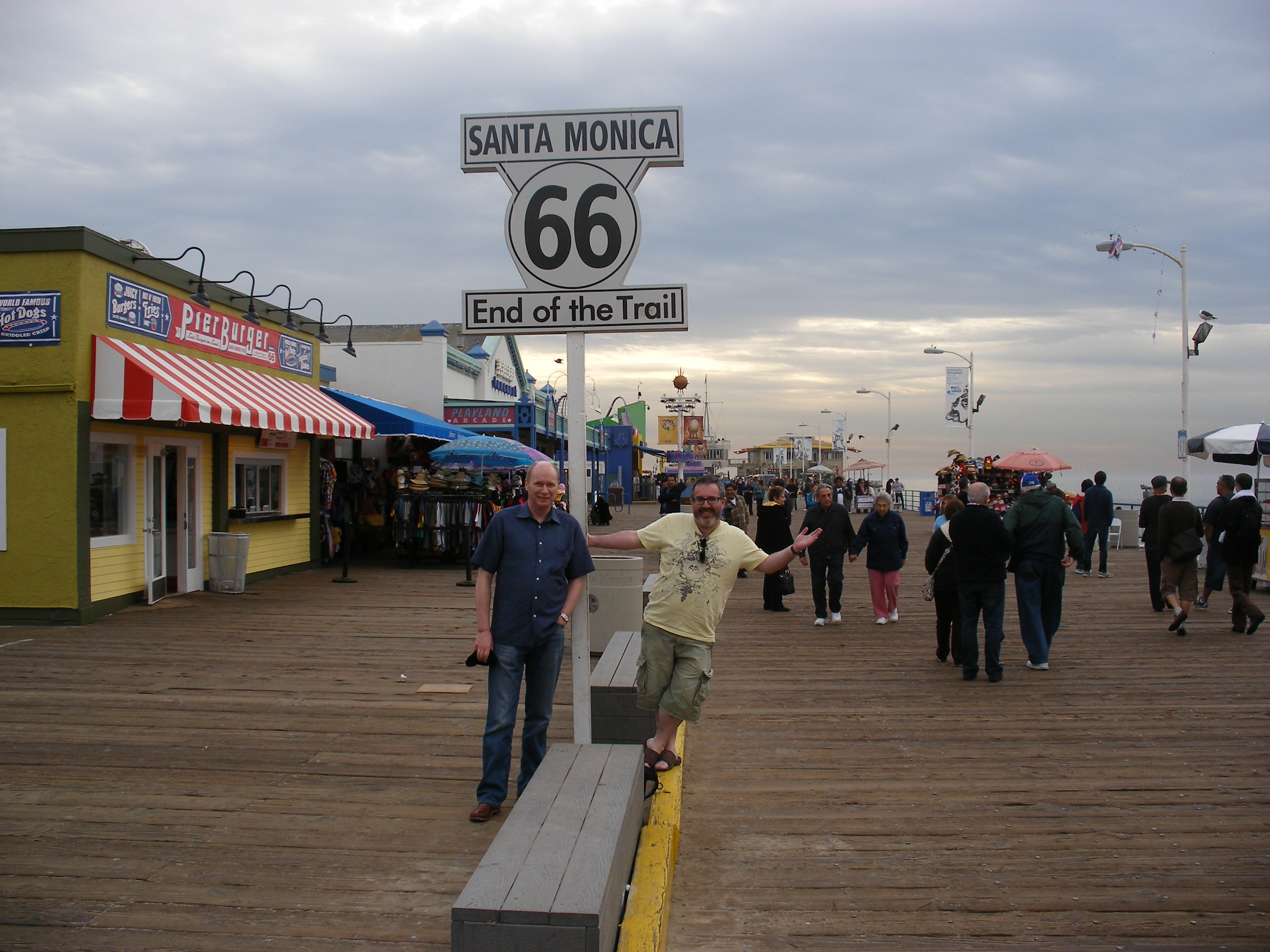 Scott and his wife Lisa took us under their wing and looked after us, as did Dave Cox, taking us out and about and introducing us to many of their friends which was a great help.

All in all, it was a fantastic experience, and we must have done something right as we were invited back again a couple of years later – but more of that in another Tale from the Fifth Dimension.

In the meantime contact us to find out how to book a show featuring the magic we performed at the Magic Castle.