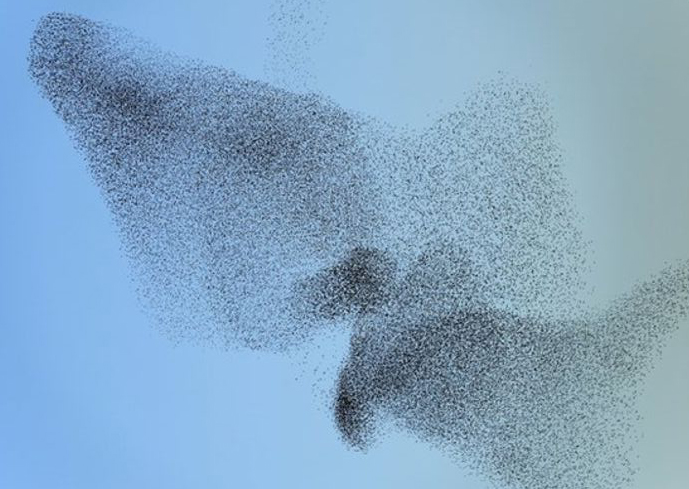 Every year, flocks of starlings create a beautiful, baffling ballet in the air. They swirl and swoop in their hundreds and thousands, creating spectacular undulating shapes. It’s called a murmuration, and it’s one of nature’s most remarkable and puzzling sights.

Puzzling because we wonder how they know when to change direction and how they keep such a tight formation.

one person, regardless of position, can make a difference

A study in Rome discovered that every bird copied its direction only from its closest neighbours, no matter how tightly packed they were.

There is no appointed leader but when one bird takes the lead, the others follow.

This is a great analogy for how one person, regardless of position, can make a difference in developing a positive safety culture.

we influence those around us, whether we’re conscious of it or not

Safety leadership is a behaviour, not a position.

It may sound simple and that’s because it is – we influence those around us, whether we’re conscious of it or not.

This has never been more important than it is now. The only way we can keep our family, friends and colleagues safe in the midst of the coronavirus crisis is by being safety leaders, by following the guidelines set out for us, and being positive role models to all those around us.

Be kind, be safe, murmurate.

Get in touch to find out how we can help reinforce great safety leadership behaviours.